This section uses a container element to ensure the content looks right on every device. It’s centered with the class “Centered Container.” 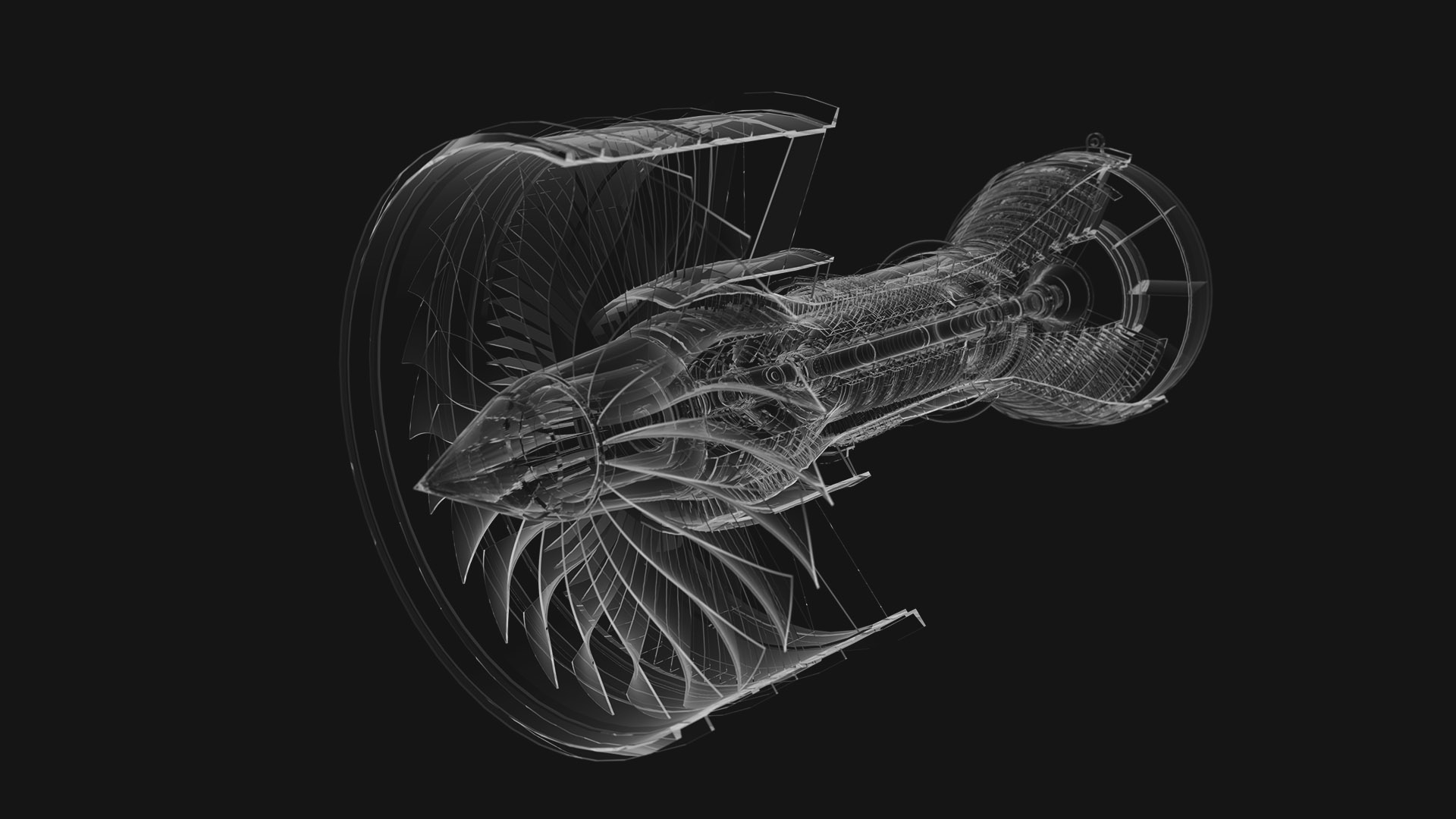 In parallel, there’s a clear shift towards the following:

At newboxes, we find that the combined application of proven systems engineering, modular systems architecture and agile frameworks, such as SAFe®, solves many of the above challenges.

Systems Engineering (SE) specifies the processes as well as the structure within which the interdisciplinary and holistic development takes place; Product Line Engineering specifies the product "architecture" to enable a high degree of reusability. Agile principles are used to shape collaboration at both team and organisational levels.

What is Systems Engineering?

"Systems engineering is a transdisciplinary approach and is designed to methodically enable the development of systems. SE focuses on a holistic and collaborative understanding of stakeholder requirements, solution discovery and requirements documentation, as well as synthesising, verifying, validating and developing solutions. Within this process, the entire problem is considered from concept development to system development. Systems Engineering provides appropriate methods, processes and best practices for this purpose."

SE is at the forefront of the system concept, taking the overall problem into consideration. It forms a structured development process from the concept to the operational phase and integrates all disciplines. The hierarchy and interaction are illustrated in the following diagram.

What is agility and an agile framework?

Agility is an attitude and management skill set to better lead an organisation for ever more complex and dynamic market conditions.

The term agile working is associated with the application of agile methods and tools. It’s not just about the use, but much more about the basic ability to be able to react to an increasingly insecure and unpredictable environment. Agile working can only be achieved by establishing an agile mindset.

Agile tools at the team level, such as Kanban, Daily or retrospectives can be easily integrated into daily life. Using them, development teams can easily become familiar with agile working and gain initial experience in working with agile values and principles. They usually lead to quick successes and gradual changes in behaviour.

What works well at the team level for most companies looks very different at the corporate level. To meet this challenge, methods such as the Scaled Agile Framework have been developed.

Scaled Agile Framework (SAFe®) describes the implementation of agile practices across the enterprise. It’s based on principles that aim to encourage the entire company to make decentralised decisions based on the overarching strategy.

With SAFe®, multiple agile teams that independently work out increments in a short period of time are grouped together in so-called Agile Release Trains (ART).

At the ART level, features are managed by the product manager. Features are larger requirements that can be implemented in a 2-3 month cycle (the product increment). In doing so, the Agile Release Train acts autonomously and is self-organised. A decentralised decision-making process described in the principles, prevents delays caused by hierarchical approvals.

At the team level, smaller requirements (stories) are considered and implemented in a cycle of 1-4 weeks, in the form of a partial increment (classic SCRUM). The product owners are the main contact people for the agile teams and therefore form the link between product increment (PI) and the intermediate sprints of the agile teams.

Our Empowered agile Systems Engineering approach is a combination of both worlds. While systems engineering provides processes and structures for developing complex systems, the SAFe® agile framework provides the foundation for organisational collaboration.

Empowered agile SE is characterised by an iterative approach that makes particular use of technologies such as digital mock-ups, 3D printing and the like to enable verification and validation at an early stage.

The SAFe® and Systems Engineering roles must be merged during implementation. For example, the role of the SAFe® Release Train Engineer can be combined with the System Architect role from System Engineering. Here, the fact that the roles of both models are almost identical on the various system levels, even in their orientation is an advantage.

For the implementation of Empowered agile SE, the product – also known as the solution – is divided into multiple (n) higher-level systems and (m) lower-level subsystems in accordance with SE methods.

At the solution and system level, the processes and methods of systems engineering predominate, while agile methods and tools are used at the subsystem level.

At each level of the scaled organisational structure, different views or levels of detail of the identical system backlog (list of pending system specifications) as well as the respective roles and the comprehensive working model of scaling are defined.

The system level operates in cycles of 3 to 4 months. The subsystem increments are implemented in sprints of 2 to 4 weeks. The entire development rhythm is based on these guidelines. The parallelised and recurring routine ensures the continuous release of subsystem increments and subsequent system iterations as Minimal Viable Products.

Depending on the domain, the teams at the lowest level use Empowered agile SE’s different work modes to process their tasks from the subsystem or functional backlog.

Their progress is synchronised and evaluated with the program or system level on a three-to-four-month cycle. In this context, the increment planning for the following months is also carried out.

To exploit the full added value of Empowered agile SE, a system architecture that behaves in an agile manner is needed in addition to the agile working model. It must be designed in a way that allows flexible and effective adjustments to be made to the design of system elements and functions according to changing requirements and framework conditions.

What are the critical points for this?

Empowered agile SE offers great potential for making development activities even more effective. But you shouldn't try to force agile practices like SCRUM into an organisation. The necessary changes described above can quickly put a lot of strain on an organisation.

It's better to use agile SE concepts to solve identified SE problems – i.e. a selective, targeted deployment. In the best systems engineering practice, it's also true here that the requirements should first be analysed before a solution is selected. A clear understanding of the problem then allows incremental implementation, taking account of the company culture, the business environment and the development process. Our consulting approach to implementation comprises 4 steps:

- Determine the degree of maturity with regard to

- Structure the roadmap to the target image

- Anchor the SE methodology – from requirements management to DVP&R

- Extend the new methods to the solution level

- Expand to software development, production and other departments

Get in touch with us to find out how Empowered agile Systems Engineering can work to your advantage! The newboxes team will develop a custom-fit solution for you that will help you unleash new potential.

I want to know more! 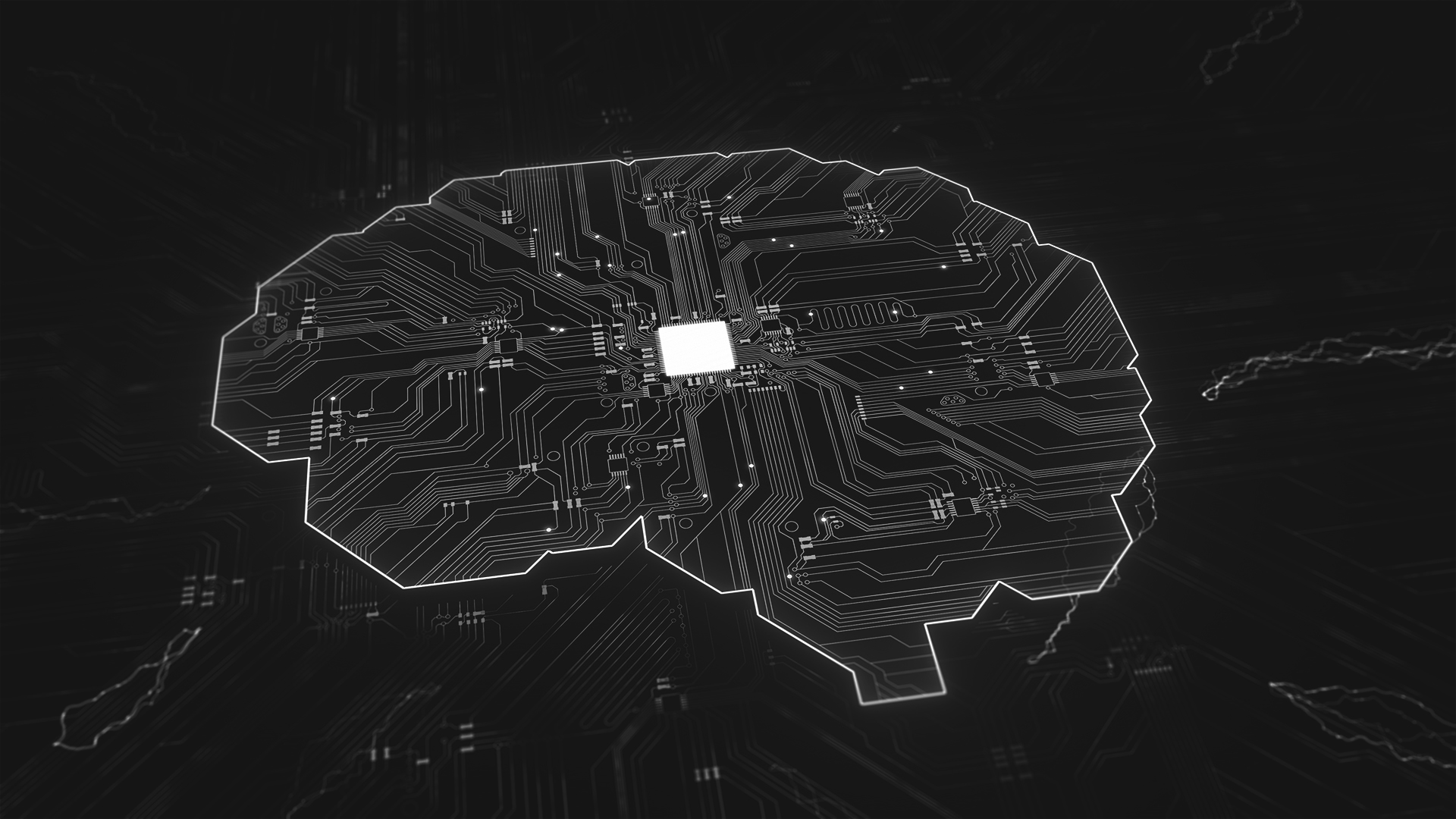 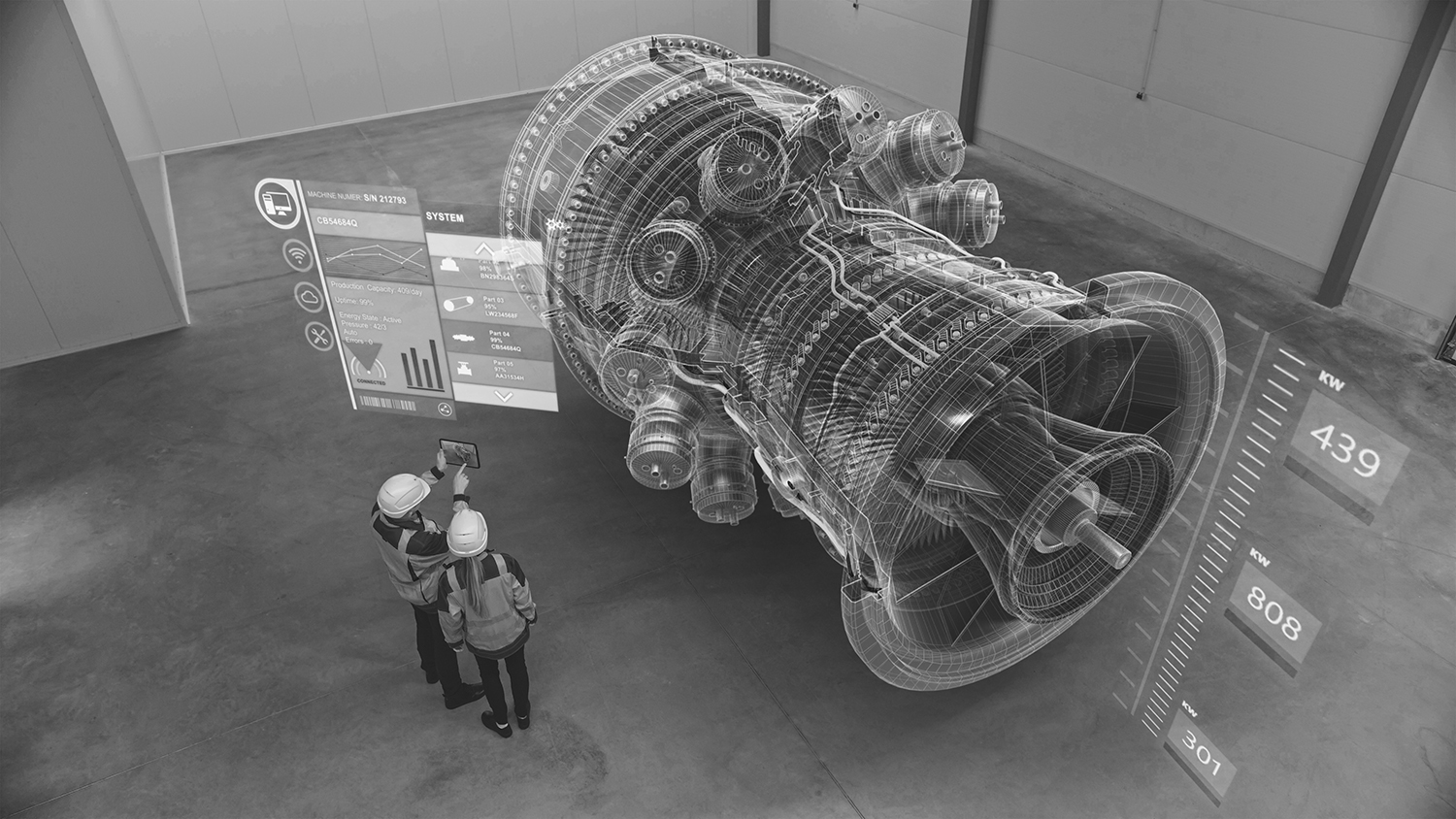 Reduce your time to market. But not your quality. 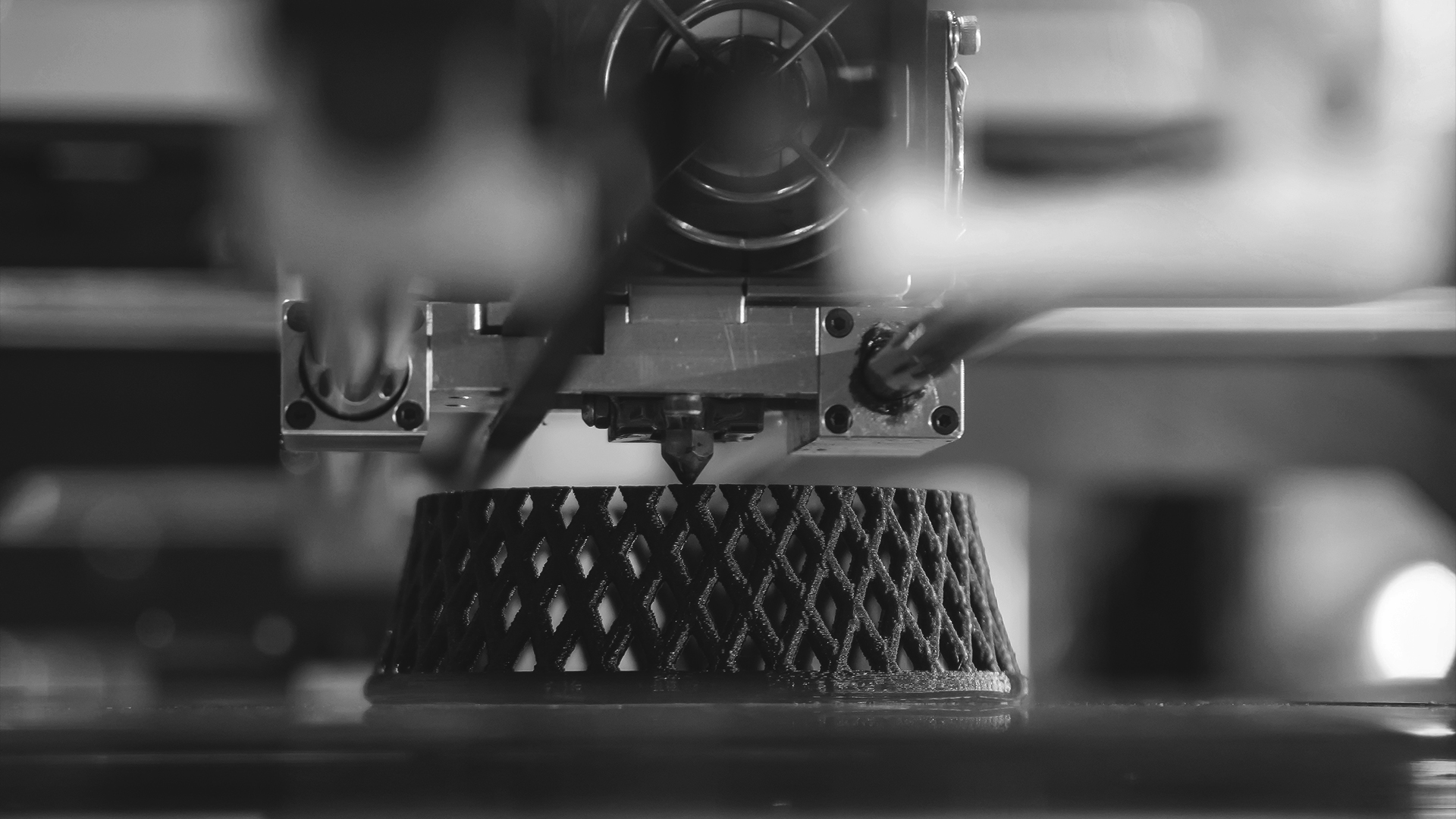 Manufacturing in the VUCA world.